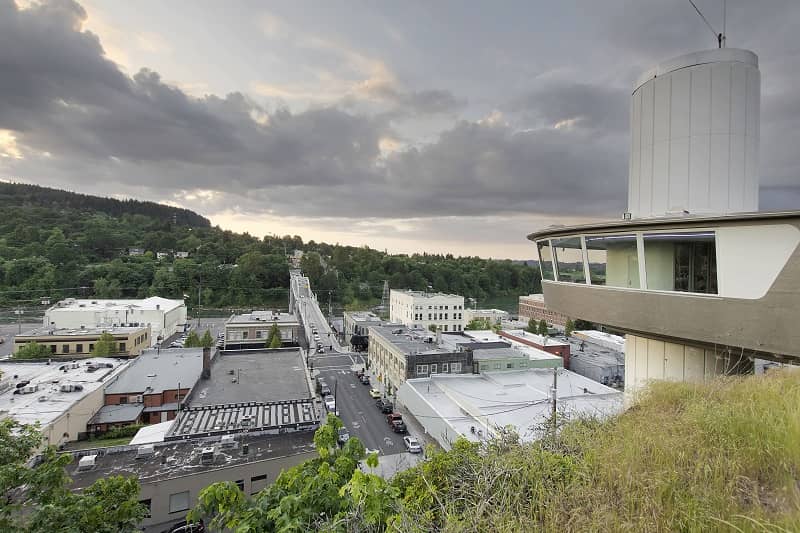 Even though much of Clackamas County is rural in nature, it’s considered part of the Portland metropolitan area. The “tri-county area” consists of Clackamas, Washington and Multnomah counties. Those three jurisdictions are also part of Metro.

Due to the close proximity that some of Clackamas County has with the state’s largest city, it’s subjected to what we’ve long called Portland Creep. This is largely because Portland’s problems have a tendency to spread to its outlying areas. So do many of the misguided public policies that help create and perpetuate those problems.

But over the past decade, Clackamas has also become a political bellwether of sorts. Its direction has gone back and forth a few times, depending on how our residents feel about what’s going on in and around Portland.

What I’ve found is that when Portland Creep becomes too excessive, the residents of Clackamas County push back.

That was the case during the November 2012 general election. There was a proposal in place to raise the vehicle registration fees in Clackamas County to pay to replace the Sellwood Bridge, which happens to be located in Multnomah County.

Voters rightly rejected that idea and also decided to switch the direction on the board of county commissioners. I was swept into office that year.

But four years later, the pendulum swung back in the other direction. A familiar pattern repeated itself, and county residents were soon being saddled with higher taxes, more spending, money going into the pockets of consultants instead of towards essential services and a budget that was out of control.

County voters had enough by the May 2020 primary election. Despite being heavily outspent, I ousted the ethically challenged former board chair. Similarly, voters threw out an incumbent who had been aligned with the former chair in the November 2020 general election. They spoke loudly and clearly that they wanted change, and I heard them.

I took office in January 2021 and immediately set about reversing the previous board’s misguided policies, as the voters had mandated.

We’ve had some wins along the way, but there have also been some setbacks. The changes the voters wanted only directed affected two of the five seats on the board of commissioners. But two more of those seats will be up for election later on this year.

People all over Oregon will be watching this election to see which direction Clackamas County will be going. Will the residents of this county decide to preserve our autonomy, or lump us in with other neighboring jurisdictions that have failed to address the crime, graffiti and homelessness that are plaguing the region?

One of the commissioners up for re-election this May was appointed to her seat with the votes of the two commissioners who have since been outed from office. She has fiercely resisted my efforts to reverse course and is standing in the way of doing so.

The other commissioner who will be appearing on the ballot has failed to be a reliable vote on matters he has claimed to support throughout his career in office.

So which way are we going to go? We have the next few months to figure it out. I remain as steadfast as ever in opposing Portland Creep, but I need fellow commissioners who share that commitment. We need to choose wisely, because the future of Clackamas County depends on it.