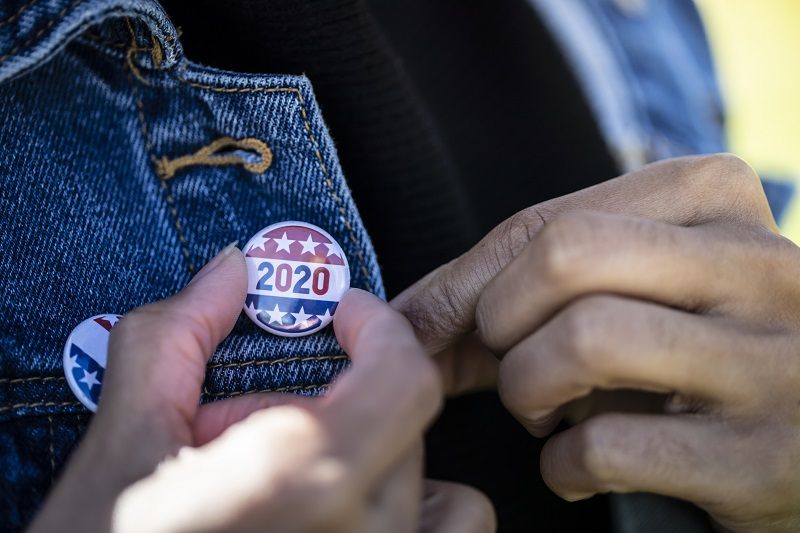 Every election is about choices, and the upcoming May 19 primary voters will never see a bigger contrast in two candidates.

Citizens decide every two or four years if they’re happy with their political leadership. If are, they stay the course and incumbents are re-elected. But if they aren’t, they decide it’s time for a change and new leaders take office.

Elections are never without consequences.

In 2016, voters took a chance on electing Jim Bernard as chair of the Clackamas County Board of Commissioners. They gave him the benefit of the doubt and believed his campaign promises. So, what do we have to show for almost four years of Bernard’s chairmanship?

When Bernard took over as chair, the county’s budget was not only balanced, but it had a surplus. That was the result of my own personal efforts, and it was achieved without raising taxes on county residents.

As chair, Bernard also had the benefit of record revenues coming into county coffers. Instead of prudently managing those limited resources, Bernard decided the county government should rely more on consultants and pay them for all kinds of “special projects” that don’t benefit the average citizen.

The results of this approach have been predictably disastrous. They’ve led to the county’s budget being $20 million in deficit the last couple of years. Officials have called for a “rightsizing,” which is an acknowledgement that county government has grown beyond the means of properly funding it.

When I was on the Board of County Commissioners, Clackamas County residents were being asked to pay higher vehicle registration fees to pay for a bridge in Multnomah County. Our taxpayers were being put on the hook for bailing out a neighboring county because of its inability and unwillingness to maintain its own infrastructure. I took up the efforts to fight back, and we were successful. The people of Clackamas County stood up, said “no,” and were heard.

Under the chairmanship of Jim Bernard, county residents will see an increase in their vehicle registration fees. But it wasn’t due to a vote of the people. Rather, it’s due to a decision that was made behind closed doors without public input.

As county commissioner, I fought to make sure Clackamas County had its own unique identity that was independent of Portland and Metro. Jim Bernard has spent the last few years catering to interests representing those entities. In fact, he personally contributed money to the political action committee that is promoting Metro’s new income tax measure. Metro also billed the county $5,000 for campaign measures, essentially using your tax dollars to campaign for more tax dollars.

Not only is Jim Bernard personally contributing to this campaign—you are, too, through your tax dollars.

One of the reasons Bernard is able to contribute to campaigns to raise taxes is because his own personal property taxes have been reduced by almost one-third. Last year, Bernard, as chairman of the board of commissioners, successfully petitioned the county assessor’s office for the reduction. That office obliged. It’s surprising that he would need any tax relief, as he and his wife, a county department head, bring home over a quarter of a million dollars in taxpayer-funded salaries every year.

Over the years, Bernard has also been fined $12,000 for failing to report a campaign contribution and found guilty of abusing his position by the Oregon Government Ethics Commission. After he was found guilty, he fully intended to have county taxpayers pick up the tab for $20,000 in legal bills he incurred fighting the proven charge. Political pressure prompted his fellow commissioners to make Bernard pay his own attorney fees.

They say that that past behavior is the best predictor of future behavior. If that’s the case, then Clackamas County residents know what to expect from another four years of Jim Bernard as chair of the board of commissioners. It involves higher taxes for you, lower taxes for him, more consultants, more special projects, more billion-dollar boondoggles and questionable ethics on display. The big question is, have you had enough?

I’m running for chair of the Clackamas County Board of Commissioners to give voters a clear choice. There is an alternative to the high tax, high spending policies that continue to undermine the prosperity of businesses, individuals and families in Clackamas County. I proudly stand behind my over two decades of public service as I ask for your support and your vote.