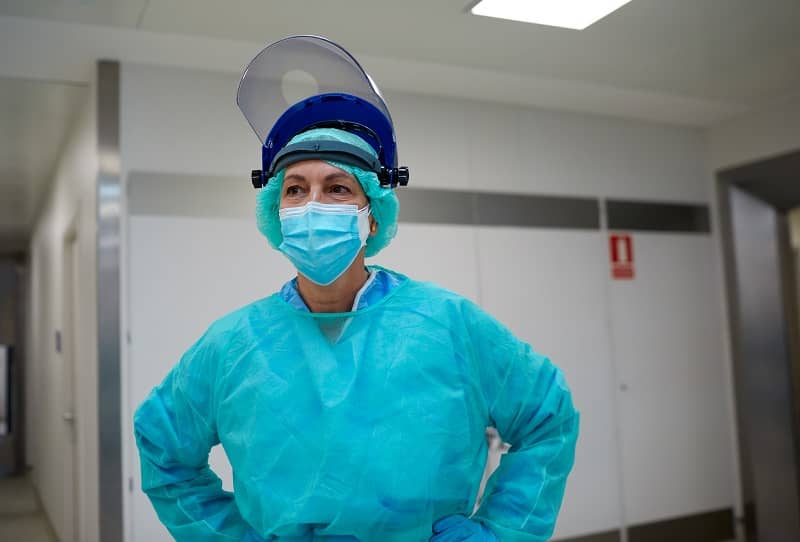 There’s no doubt that the past year and a half has been a challenging time. Countless families around the world have either fought off illness or had relatives succumb to the deadly COVID virus.

Health care professionals like nurses have been on the front lines of that battle nonstop since the pandemic first hit the United States in the spring of 2020. They put on their scrubs for every shift they’ve worked, knowing full well that they could be exposed through direct contact with COVID positive patients.

Even prior to the pandemic hitting, the health care industry had struggled filling positions in key areas, including nursing. Because of the long shifts and demanding physical tasks that nursing entails, it takes a particular type of dedicated individual to devote themselves to this line of work.

The general public has heavily praised our brave nurses for their work during the pandemic. There has never been any doubt that they are absolutely essential.

So imagine the surprise of nurses everywhere when they were told that they would be fired from their jobs if they weren’t vaccinated by a certain date. Many felt understandably betrayed, and several have decided to leave the health care field altogether.

Nurses aren’t alone in being targeted by top-down mandates that threaten their livelihoods and abilities to continue providing for their families.

Like nurses, police officers have one of the most difficult jobs imaginable. Maintaining law and order, while protecting peoples’ due process, property and other rights, takes a specific type of person. That’s especially the case in the current environment, in which activists have seen fit to demonize police as Oregon’s lawmakers and legislators move the state closer to the full legalization of homelessness and drug use.

Public employees of all stripes were browbeaten into compliance with vaccine mandates. Many of the people putting them in that position were the same ones that received huge campaign contributions from the unions that represent those employees.

Even though those same unions opposed my candidacy for chair of the Clackamas County Board of Commissioners last year, I never waivered in my support for their members’ rights. I stand by each and every one of them and their ability to make their own private, informed medical decisions.

Nurses have been risking their own lives this whole time in the service of others. They’re obviously aware of the risks being either vaccinated or unvaccinated. I refuse to second guess the personal determinations of health care professionals.

Our brave police officers have put up with so much since the summer of 2020. Literally the entire world has seen what happened after Portland politicians foolishly decided to defund the police there. Violent crime is through the roof and rarely does a night go by without a shooting taking place. Given those circumstances, who on earth would anybody want to do anything to discourage anyone from waking up in the morning and putting on their police uniform?

Nurses, police officers and public employees deserve better than to be cajoled into following edicts issued by people who base all of their decisions on political calculations. I will continue to stand with them and fight for their rights, as well as yours.