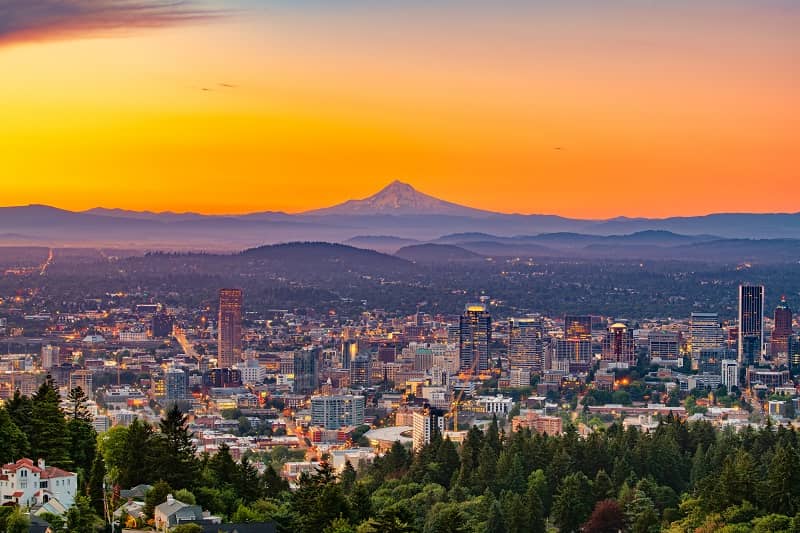 Is Oregon in Denial?

My family has called this state home for multiple generations. In fact, I still live not too far from the farm where I grew up with my parents and two siblings.

I’m a proud graduate of local schools and got my degrees from Mt. Hood Community College and Concordia University.  I’ve started no fewer than three businesses here, including an historic hospitality suite in Molalla and our hazelnut farm.

I fought hard for the people of this state in multiple roles throughout my life. That started when I was executive director of the Oregon Lands Coalition. It continued during my two terms serving in the Oregon House of Representatives.

That’s why it saddens me to say that I barely recognize my beloved state anymore. Something has changed along the way, and it has not been for the better.

When I used to tell people I was from Oregon, it was always with a strong sense of pride. People would respond with a sense of wonderment. I would say that everything they heard was true. Yes, we do have majestic scenery. Yes, we grow the biggest and best trees on Earth, and they are everywhere. Yes, there is a sense of freedom that exists and persists throughout our communities.

These days, the reaction is quite different when I tell people where I’m from. They’ve all seen the national news stories about the happenings here. I sadly confirm the sad state of affairs here.

What happened, and where do we go from here?

Back when I served in the Legislature, there was still a sense of balance. Historically, the state has operated best from the center right or center left. Many of our best leaders and governors were moderates. The state government was manageable.

Most importantly, we adhered to the principles of the Oregon Way to come up with something that works for everyone.

But it all started to shift about a decade ago.

Voters decided to try another approach. They started selecting leaders with a more Portland-based perspective. They were promised that so-called “progressive” policies would lead the way forward to a brighter future. They were told that higher taxes and more government programs would solve all of their problems. They were told that if we became the first state in the country to engage in various social experiments, other states would follow our lead.

Of course, none of that has actually happened. And it hasn’t been due to a lack of money or strong political opposition. It’s because those policies have never worked anywhere else and never will.

Oregon has lost its way and needs to create a new identity. The pioneer spirit that first made it great has been replaced with a sense of entitlement and permanent government dependency. Compromise went by the wayside and rural residents find themselves and their representatives increasingly marginalized and pushed to the sidelines.

I’m not suggesting that we live in the past. But there are lessons we can learn that have served this state and others quite well. Because what we’ve been doing isn’t working, and it’s past time that we admit it.