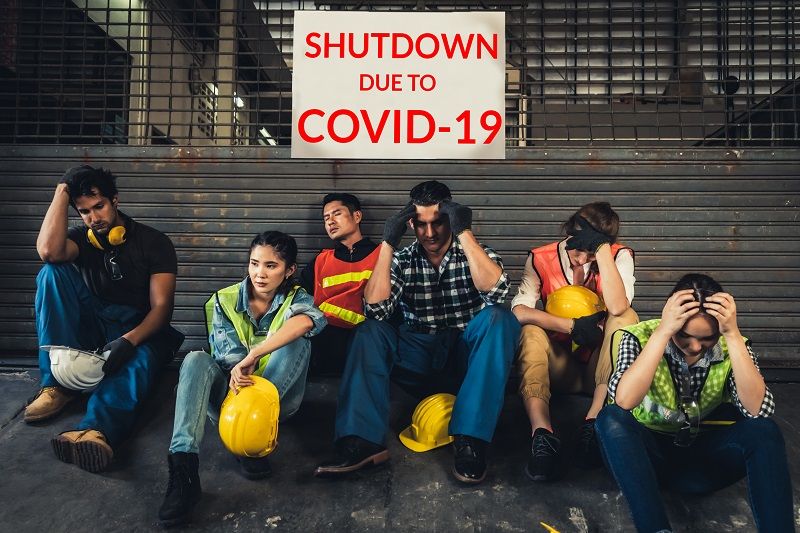 After years of riding on the coattails of a booming national economy with low unemployment, the State of Oregon is now in a world of hurt.

The impact of the coronavirus and resulting forced government closures of business have caused a record number of unemployment claims to be filed. Because Oregon has no sales tax, it is highly reliant on property and income taxes. This means that the years of record revenue flowing into state coffers could dwindle to a mere trickle almost overnight.

Layoffs and furloughs began in the hospitality and leisure sectors, with restaurants and hotels being hit hard. Then they started happening in the manufacturing sector. The public sector hasn’t been immune to job losses, either, with Metro and the City of Portland both having to reduce their number of staff positions.

So when the state was collecting record revenues from taxpayers for the past few years, was there any kind of plan put in place for any eventual downtown in the economy? Sadly, it appears that there was not.

That’s unfortunate, because it’s important that government hold steady in times of crisis and emergency. Citizens look to their leaders to maintain continuity of service. Instead, we’re seeing state government fail to provide that safety net and security when the people of Oregon need it the most.

The federal government has even stepped in and has provided an additional $600 per week in unemployment benefits. All of those newly unemployed workers should have been able to file their unemployment claims immediately to start receiving the benefits that they’ve been paying into. That would have made it easier for them to keep paying their bills and buying necessities like groceries.

Instead, those same workers are expressing widespread frustration. Many are unable to log in to state computer systems. Still others sit and wait on hold for long periods of time through telephone systems that are also outdated and inadequate to meet the surging demand.

While it’s true that most people could not have anticipated that a global pandemic would shut down large segments of the economy, prudent management practices still should have been in place to ensure that vulnerable citizens did not slip through the cracks. But, unfortunately, this was not done.

What were the government priorities that were deemed more important than taking care of the same people whose taxes fund these same systems that are now failing them? Well, Oregon’s political leaders decided that instead of taking care of vital business, they would pass record amounts of taxes on them and individuals to continue growing bureaucracy.

Rather than preparing us for a time of future uncertainty, our governor used her executive authority to use $5 million in state funds to implement cap and trade policies. That’s despite the fact that most of the counties in Oregon, representing around half of its population, opposed the same kind of bill when it was proposed in the 2019 and 2020 legislative sessions.

If nothing else, the Timber Unity movement that grew from the governor’s actions, and the recent events following the coronavirus outbreak, highlight the importance of our timber and trucking industries.

We’ve seen what happens when store shelves go without essential paper products. Our political leaders shouldn’t be bullying the trucking industry into giving up money to grow state government programs. They we should be asking what they can do to make it easier for them to get their products to market.

I’m proud to say that my candidacy for chair of the Clackamas County Board of Commissioners is endorsed by Timber Unity. The support that I’m getting from business leaders and workers isn’t just due to the decades that I’ve been a champion for their various industries. It’s also because of my many years of management leadership in the private sector.

I intend to put that management experience to good use as the new chair of the Clackamas County Board of Commissioners, along with everything I learned as a former commissioner and two-term member of the Oregon House of Representatives. What’s becoming increasingly obvious is that our current leaders left us ill-prepared for the crisis we face and that our workers, families and businesses deserve better than what we’ve gotten from them thus far.