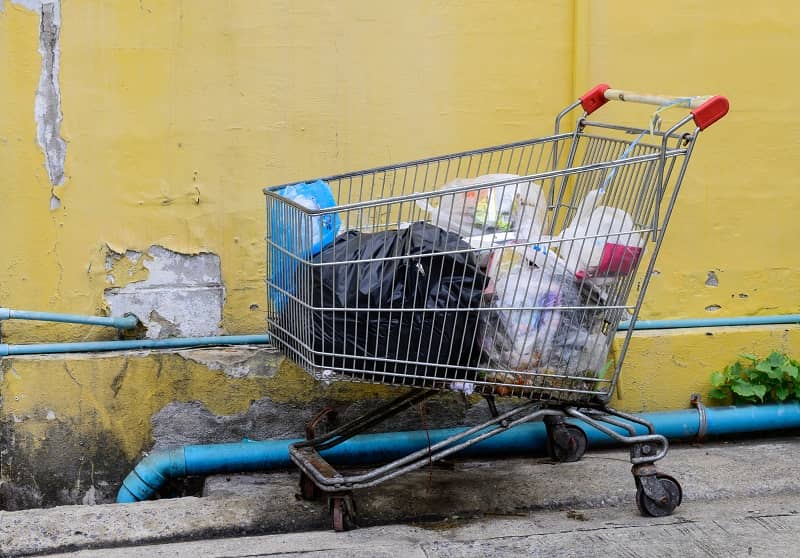 Many of the most important public policy debates these days are the result of fundamental disagreements on what, exactly, rights are.

Some people are quickly to declare everything they want to be a “right,” meaning that the rest of society must provide it to them, regardless of the social or economic costs.

But lost amid those demands is any discussion about the responsibilities that are supposed to accompany the rights that we actually do have. The unfortunate consequences of that mentality are prevalent all around us in the Portland metropolitan area and throughout Oregon.

This concept of rights without responsibilities produces disastrous results that undermine the quality of life for everyone. Take Oregon’s continued experiment with drug legalization as an example.

Voters were hoodwinked into passing Measure 110, due largely to the promise that drug addicts would be better able to access the treatment they need. But here we are, nearly two years later, and that help has never materialized. The state completely dropped the ball on getting those substantial financial resources out the door and into the communities that have to deal with the aftermath of what has become a drug free-for-all.

Some district attorneys, including the one in Multnomah County, doubled down on this by refusing to prosecute certain kinds of crimes.

Similarly, the state legislature passed House Bill 3115 during the 2021 session. That bill has the net effect of making it harder for local governments to enforce vagrancy. It even goes one step further and creates a cause of action against cities, leaving them open and vulnerable to lawsuits if they try to keep their streets free of drug addicted homeless people.

All of this misplaced compassion has served to only erase the stigma that has traditionally come with deliberately making the same bad decisions over and over again. How did this happen? Too much emphasis on the incorrect perception of what “rights” truly are, and no talk about personal responsibility.

But that doesn’t mean the results aren’t real. Overdoses on dangerous drugs like fentanyl are skyrocketing in this state. Soft-on-crime policies mean that businesses in downtown Portland would rather relocate elsewhere that continue to board up their storefronts every time they’re victimized by vandals who will never be prosecuted for it.

Every effort has been made to shield these people from the consequences of their actions. But instead, those consequences are felt by everyone else. And every indication is that many of them have finally had enough.

The people of San Francisco, hardly a bastion of conservatism, eventually got tired of their public safety being eroded by their district attorney’s refusal to do his job and recalled him from office. A pair of “reform” candidates ran for district attorney’s offices in neighboring Washington and Marion counties, and both lost.

The bottom line is that our rights do not derive from the government. They are inherent, and it is the role of government to protect and preserve them.

But with those rights comes responsibility. We are free to do as we choose, as long as we are responsible enough in our conduct that we don’t interfere with anyone else’s rights.

Until we, as a society, have a better understanding of the relationship between rights and responsibilities, we will continue to see some segments of our population engage in the same kinds of destructive behavior that we’ve seen turn Portland into a shell of its former self. If, however, we start to recognize that those rights are accompanied by responsibility, we can maintain the same kind of ordered liberty that made this the greatest country on Earth.

I remain optimistic that we can find our way back to those values, and responsibly enjoy the rights that we were all born with as Americans.