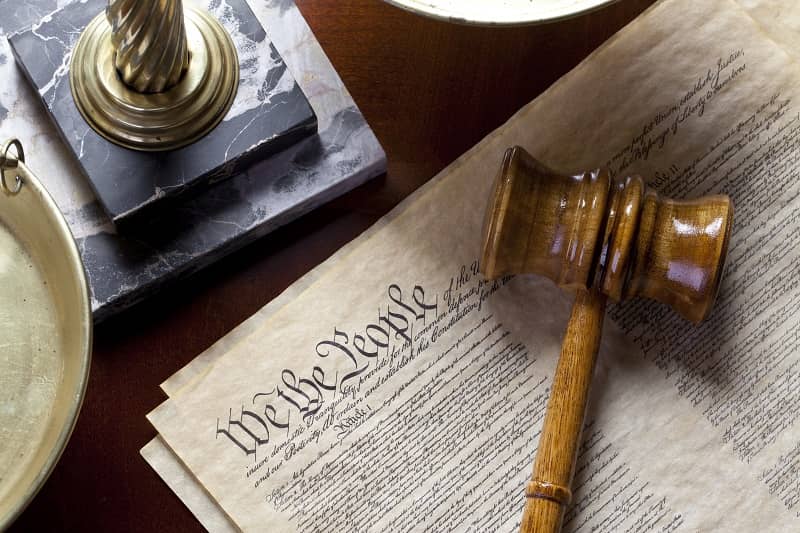 Last fall, I made some public statements that caused quite a stir. Fed up with the government-forced lockdown of COVID restrictions, I simply said that I was going to have family and friends over for Thanksgiving and that our governor lacked the authority to tell me otherwise.

Although I made national news for this stance and garnered a lot of support, this also resulted in me having my fair share of detractors. I even received death threats, and people who were upset that I was elected chair of the Clackamas County Board of Commissioners started talking publicly about launching a recall against me due to this simple statement that at any other time in history where the political temperature was not so out of line with common sense, would have been an unnecessary and quite boring comment.

Some people were literally accusing me of trying to kill others because I simply wanted to enjoy a holiday tradition with my family. And by the way, for the record, not a single case of COVID was spread due to my Thanksgiving meal. Nobody died and nobody got sick. We had a great time, the same way we do every year.

I wasn’t intending to become any kind of poster child for the growing pushback against government overreach. But it seems that is exactly what ended up happening.

All these months later, my position hasn’t changed, for one big reason: I believe that anything the government does to someone else, it can also do to you. This is exactly why we need to be able to identify overreach when it happens and be prepared to resist it.

It was recently announced that Clackamas, and many other counties throughout Oregon, will soon be back in the extreme-risk category. This would subject businesses, many of whom had just re-opened and brought employees back, to close their doors yet again. It would mean the end of indoor dining for the foreseeable future and more hardship for our job creators, just as they were starting to get back on their feet.

The fact of the matter is, several states are lifting restrictions. Others have been re-opening, and even completely open, for months. There is literally no evidence whatsoever that these states and the people living in them are somehow any less safe than anyone here in Oregon.

Many states have already done away with mask mandates. Some never had them in the first place. Texas allowed its businesses to re-open at full capacity weeks ago. Many states, months longer, with no marked spike in Covid related deaths.

Yet, despite all of that, Oregon’s OSHA is considering extending the rules requiring masks and social distancing in all businesses indefinitely under permanent rulemaking.

Officials will not state how low the case numbers have to be, or what percentage of the population will have to be vaccinated, before those rules ever go away.

A final decision on the rulemaking is due May 4. Now, mind you, these are decisions that are being made by officials that nobody voted for, who do not hold elected office and are in no way directly accountable to the people whose livelihoods they are threatening and even destroying. There has never been a clearer example of the abuses of the administrative state.

We need more than assurances that these rules, if implemented, will eventually be repealed. Anything short of that is government overreach, plain and simple.

The U.S. Constitution was put in place to limit government, to prevent exactly this kind of overreach from occurring. We’re now at a point in time, in Oregon, where government seems unlimited in its abilities to restrict what you, as an individual, can and cannot do.

As the chair of the board of commissioners, I’ve been pushing back on the governor and her agencies’ attempts to close Clackamas County. I will continue doing so. And if this is still going on by the time Thanksgiving rolls around again, you can bet that I’ll be having my family over and won’t be asking permission from the governor or any other politician.