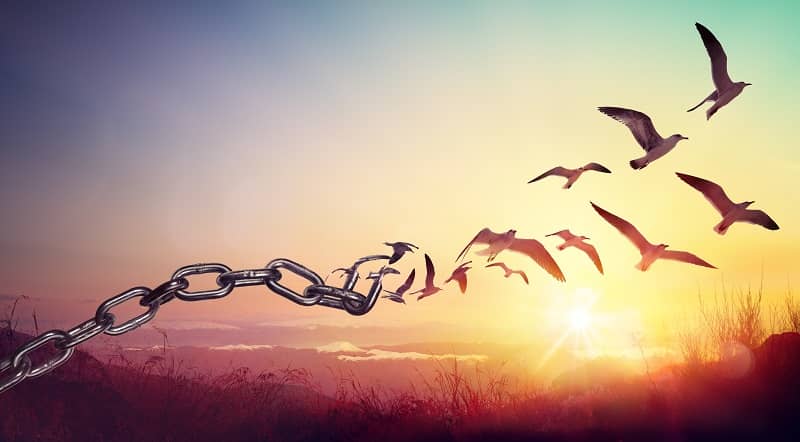 The Tide is Turning

At the beginning of the year, things were admittedly looking bleak. The coronavirus pandemic raged on with no end in sight, prompting many in authority to impose open-ended restrictions and mandates on the rest of us. There was violence and unrest in the streets, especially in Portland, where rioters were allowed to destroy the downtown area for literally months on end without consequence.

It was obvious to some of us that these series of crises were going to be used as an excuse for some to make unprecedented power grabs. Anyone who dared to speak up against any of it was destined to be made an example of.

That ended up including me. I stated publicly that I wanted to have family members over for Thanksgiving. This resulted in me receiving multiple threats from strangers accusing me of wanting to kill people.

However, recent developments are proving what I’ve maintained all along—our systems can work as they are intended and people who stand up for their rights can ultimately win, if they’re willing to keep on fighting.

The recent Virginia governor’s race saw Terry McAuliffe defeated. A key contributing factor was a statement he made during a debate that what state schools teach peoples’ children is none of their business. Outraged suburban soccer moms flocked to the polls to bounce McAuliffe’s party from office. It suffered multiple other losses that night, including the lieutenant governor’s and attorney general’s offices, as well as its majority in the House of Delegates.

Voters sent a very clear message that a line had been crossed. Their elected leaders overreached and paid dearly through being voted out of office across the board. A sleeping giant was awakened. The people took their power back.

McAuliffe isn’t the only unpopular governor these days. After a year and a half of top-down rule, Oregon Governor Kate Brown has the lowest approval ratings of any governor in the entire United States. Fortunately for her, she’s term limited and cannot run for her position again. Because all indications are that she would lose if she did.

Similarly, President Biden’s approval rating is also in freefall, less than a year after he took office. His vaccine mandates on private employers have been legally challenged, and their constitutionality will ultimately be decided by the U.S. Supreme Court.

As 2021 draws to a close, just know that you are not alone. But also be aware that the people who spent the last year trying to strip you of your rights and freedoms are not going to stop any time soon, or ever. You are not without recourse, though, and it is possible to fight back and win.

One thought on “The Tide is Turning”