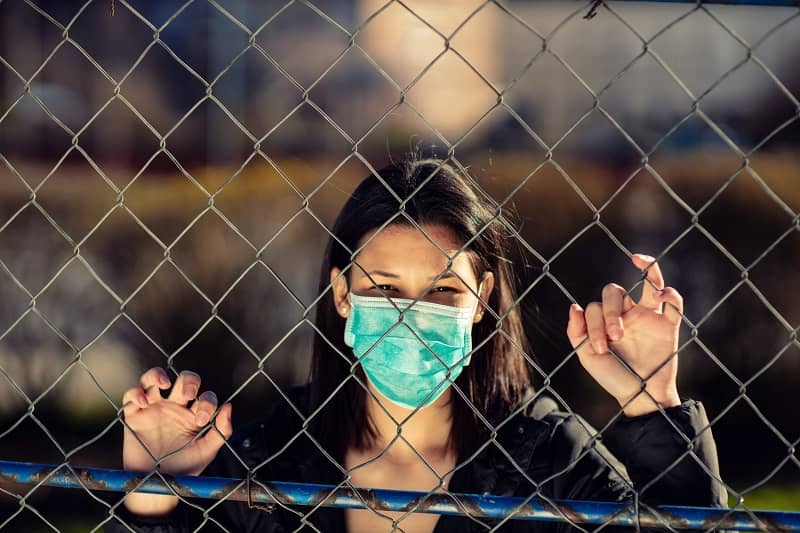 WHAT HAPPENED TO OUR BELOVED OREGON?

“THERE’S A TRICKY BALANCE BETWEEN WHAT IS GOOD FOR THE OVERALL PUBLIC HEALTH OF SOCIETY VERSUS AN AUTHORITARIAN GOVERNMENT TO IMPOSE ITS WILL ON ALL OF US.”

For many of us, it seems like the last year and a half has come straight out of a science fiction novel. That particular literary genre is filled with books describing a dystopian future. Most of those works have served a cautionary tales to anyone who can make the connection between the events depicted in their pages and the real world around them.

A big fear that many of us have had all along is that the COVID-19 virus and its resulting public health crisis would be used as an excuse for a handful of government elites to exercise power and control over every aspect of our daily lives. And that’s exactly what has happened.

Historically, the general public is usually willing to go along with whatever is suggested by authority figures to get through whatever emergency has arisen. The average person tends to be pretty understanding about these kinds of edicts. But once those in charge see how easy it is to get people to comply with their wishes, they start pushing the envelope further and further. It only ever stops because some people look around, see the bigger picture and begin to question what is happening and why. Others then realize they’ve had the same suspicions and also start to stand up.

As this contagion began, most people were fine with wearing masks and social distancing, and even accepted the government-mandated closure of small businesses and gatherings. We were all told that if we adopted these temporary measures, the curve would be flattened and everything would be allowed to return to normal. Weeks turned into months. Meanwhile, people noticed some inconsistencies coming from the policies adopted by the authorities.

Independent, family-owned businesses were forcibly closed, yet large, publicly traded corporations somehow managed to maintain their operations. Families were told they couldn’t have backyard barbeques, yet riots were allowed to take place for 100 consecutive days in downtown Portland.

Mask mandates morphed into contact tracing. Then, a vaccine was developed and made available for distribution. The expectation was that everything would open back up again once enough of the population was vaccinated and herd immunity was achieved.

Incentives were offered for people to take the vaccine. That approach then became a license to threaten anyone who decided not to take the shot, for whatever reason they might have.

We’re at the point where vaccine passports are being widely discussed. If government hierarchy has its way, you will need to show your papers to buy groceries, gas for your car, attendance at school and engage in employment.  This is not the America we know and love. WHAT HAPPENED TO OUR BELOVED OREGON? Even worse, some are stating their desire to essentially discriminate against unvaccinated people through any means necessary.

Luckily, some of us are starting to push back. The arbitrary, capricious and constantly changing edicts coming down from on high have failed to protect the public up to this point. If all of these heavy-handed measures had been effective in the first place, we wouldn’t be where we are right now.

I will continue to fight to protect the rights of my constituents, the people of Clackamas County, because that is what they have asked me to do. Nurses, doctors, firefighters, police, and teachers have all reached out to me in disbelief that they could lose their jobs, their beloved careers should they reject the jab. Vaccines should remain a choice and I oppose mandatory edicts by government to impose it. I do support public health to make available the vaccination to all who willingly choose to get it. THERE’S A TRICKY BALANCE BETWEEN WHAT IS GOOD FOR THE OVERALL PUBLIC HEALTH OF SOCIETY VERSUS AN AUTHORITARIAN GOVERNMENT TO IMPOSE ITS WILL ON ALL OF US. If we don’t resist this slippery slope towards authoritarianism while we still can, we will quickly lose our ability to do so in the future.

What’s next? What’s the next fear induced crisis?

4 thoughts on “WHAT HAPPENED TO OUR BELOVED OREGON?”