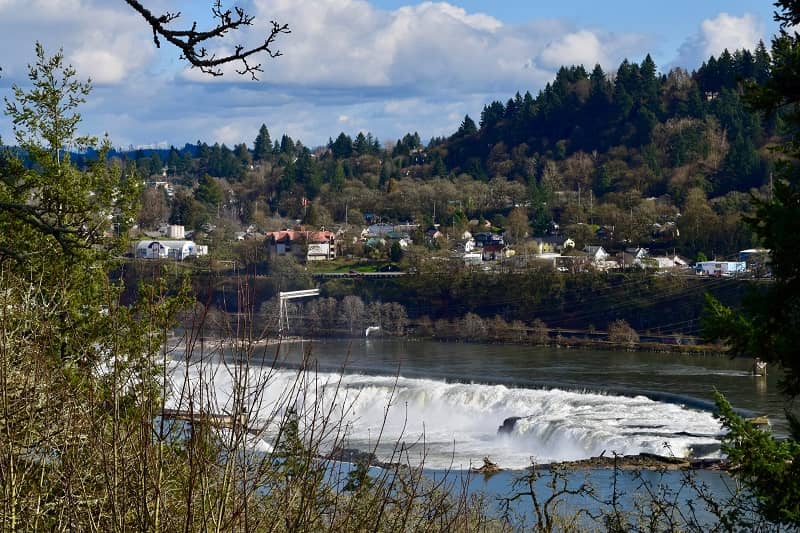 What We’re Working Toward

In order to truly thrive, an organization needs to have clearly defined goals and objectives in place. Those goals should be agreed upon by the organization’s leaders and employees and be understood by all involved, for the sake of achieving a sense of buy-in.

As chair of the Clackamas County Board of Commissioners, my duties include getting a sense of what the county’s residents want us to accomplish on their behalf. That helps us to identify priorities and figure out the best ways to implement them.

Earlier this year, the board went over what its goals are for the next few years. This was done not too long after I took over as the new chair.

Many of the key goals we worked on involved building public trust through good government. My fellow commissioners agreed that the county’s budget should be structurally sound, sustainable and completely tied to results. The timeline for this to be done was originally left vague, as a range of two to three years, with a specific date left incomplete. Under my leadership, the goal now states that it will be done by 2022. The county has already taken the steps to meet that goal.

Another priority area for the commissioners was growing a vibrant economy. The goals for doing that were originally fairly open-ended; the board wanted to increase the number of businesses operating in a supportive environment over the course of two to three years.

I insisted that there be better benchmarks to measure progress. The board agreed. Now, the goal is to have 75 percent of our county businesses reporting that they’re operating in a supportive environment by the year 2024. Even better is that we’re looking to have a 15 percent increase in jobs that meet the self-sufficiency standard wage by 2026.

The board also wants to build a strong infrastructure. We want to find federal, state and regional funding for the next phase of the Sunrise Gateway Multimodal Corridor by 2024. I’m pleased to report that we appear to be on track in meeting this goal, as the county secured state funding for planning and community engagement for this project during the 2021 legislative session.

All of this proves and demonstrates that it’s much easier to get things done when you know what you’re working towards. In a short period of time, the board of commissioners has been able to state what it is that we want to do, set firm deadlines and taken solid, concrete, measurable steps to getting them done. This is exactly what I meant when I said that I intended to use the position as chair to get the county back on the right track. We obviously have a lot of work ahead of us, but I think we’ve gotten off to a great start this year.

As always, I welcome all comments. Please feel free to contact me by clicking here. 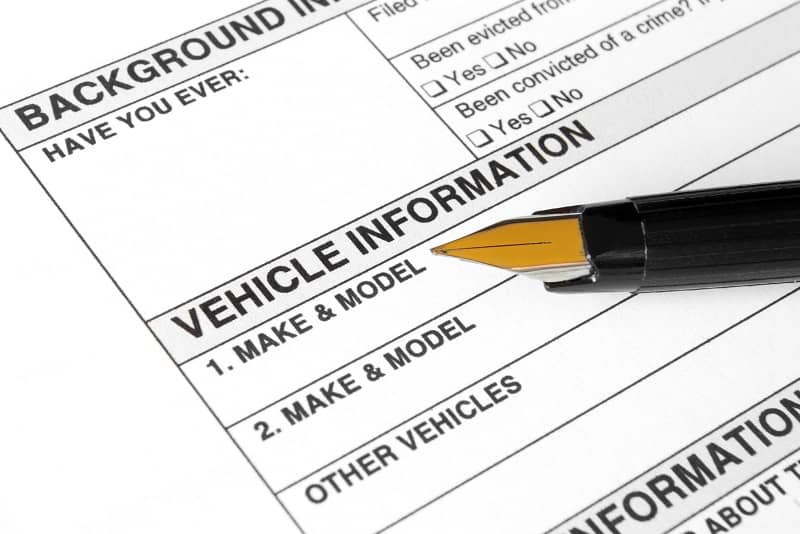 Let the People Have Their Say

The fight over vehicle registration fees in Clackamas County has been going on for a very long time now, in some form or another. And throughout the last decade, I have consistently said people have a right to vote for new taxes or fees. sided with the people of this county in opposing it.

A previous board of commissioners had approved a vehicle registration fee in December 2010. The worst part of the proposal? The funds raised through it were going to be used to replace the Sellwood Bridge—which is located in Multnomah County. That’s right; Clackamas County voters were going to be paying more to register their cars to pay for a bridge in a county they don’t live in.

The fee was scheduled to start in 2012. But before that could happen, though, understandably outraged residents circulated a petition to force a vote on it. They obtained the required number of valid signatures to put it on the May 2011 ballot.

I joined those residents in opposing that proposal from the very beginning. In fact, I think that issue was among those that helped get me elected to the board of commissioners in the November 2012 general election.

Flash forward four years from then, after the 2016 election. The board of commissioners and its chair position had changed, bringing with them a whole new set of priorities. And even though county voters had overwhelmingly stood against the vehicle registration fee, the board decided to bring it back. This time, it was done without any public involvement.

As was the case years before, I was against it. I also suspected that the majority of county voters who voted against it probably hadn’t changed their minds.

I was so unhappy with the high-tax, high-spending approach of that county board and its chair that I ran for the chairmanship position last year. Voters agreed with my positions and I won outright in the May 2020 primary election.

Part of my platform was my consistent opposition to the vehicle registration fee and a commitment to having it repealed.

I recently brought the fee before my fellow commissioners in the hopes that they would agree with me and the majority of the citizens they represent. Much to my disappointment, most of my fellow board members wanted to maintain the status quo of having the fee in place. I even gave them the chance to have it referred to voters again, just like it had been almost ten years ago to the day. They weren’t willing to do that.

To me, the most important function of a commissioner’s job is to listen to the people of the county. If the residents voted to keep the vehicle registration fee, I would support that stance.

It isn’t too late for us to bring this fee up for a vote. But I need your help convincing my fellow commissioners.

If you want my fellow commissioners to give you a vote on repealing the vehicle registration, email feebcc@clackamas.us. I will work to ensure that your voice is heard on this, and all other matters. Hopefully, the rest of the board will eventually agree. 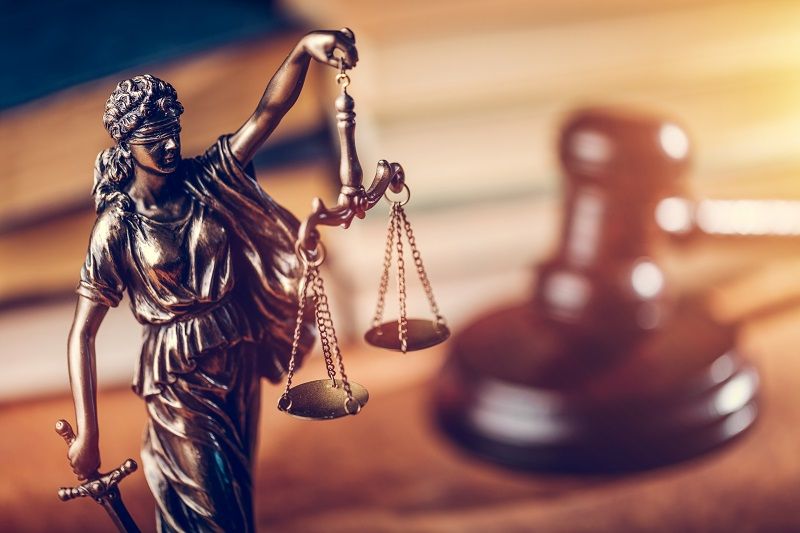 The Importance of Law and Order

Throughout my campaign for chair of the Clackamas County Board of Commissioners, I’ve emphasized the need to focus on the most essential of services. And out of all of them, law and order is arguably the most critical.

When I served on the Clackamas County Board of Commissioners from 2013 to 2017, I strived to ensure that county residents had adequate law enforcement by fully funding the sheriff’s office. It was, and is, important to me that our deputies and other personnel in that office have high morale because that results in better performance and service for citizens.

I advocated for full employment of that office. That includes multiple divisions of the sheriff’s office, such as patrol, jail and investigations. I also voted to keep benefit packages whole by increasing medical benefits.

As your next Clackamas County Board of Commissioners chair, I will use common sense budgeting practices to balance the budget, as I have before, and provide the services that are necessary to keep citizens safe.

I will do this by prioritizing core public service functions over specialty projects.

I’m speaking, specifically, of the new courthouse that the current commissioners are pushing in spite of public opposition.

That project is estimated to cost $230 million, including debt service. Commissioners have considered funding it through a property tax increase of 17 cents per $1,000 in assessed value. The owner of a home valued at $350,000 would face an additional $595 in taxes per year.

It’s true that the Legislature has allocated $31 million to the county for the study and planning of the courthouse. But that is contingent upon the county providing matching funds. Given that the county’s budget has become unsustainable, that scenario is simply unrealistic.

Fortunately, there is a better way to meet the same need for improved courthouse facilities.

The first step would be to renegotiate with the Legislature and aske for the $31 million outright to do the project. Then I would change the project to better meet taxpayers’ needs.

My plan is to rent one of the abandoned mall sites and retrofit it. The cost of this approach would be around $20 million, or less than 10 percent than what is being proposed right now.

The coronavirus situation and the advent of online shopping has caused an increase of available storefronts at malls like the Clackamas Town Center. They include the Sears building, and J.C. Penny’s may soon also be vacant.

Over the long-term, this will keep the properties on the tax rolls through a long-term lease agreement to be worked out with the mall’s owner.

The Clackamas Town Center is located right off of I-205 and is accessible through existing light rail and bus systems. Its buildings already have adequate parking, escalators, elevators and are compliant with Americans with Disabilities Act regulations.

More importantly, I know for a fact that this approach will work. How do I know? Because I’ve done it before, while serving as a Clackamas County Commissioner.

A judge was looking to relocate her crowded courtrooms. So we rented an abandoned commercial structure that had previously housed a Joanne’s Fabrics. The building was located inside of a strip mall right behind the Clackamas Town Center.

I believe that county residents will be much better served by this creative solution than they will by being put on the hook for property taxes to fund a project that they do not support.